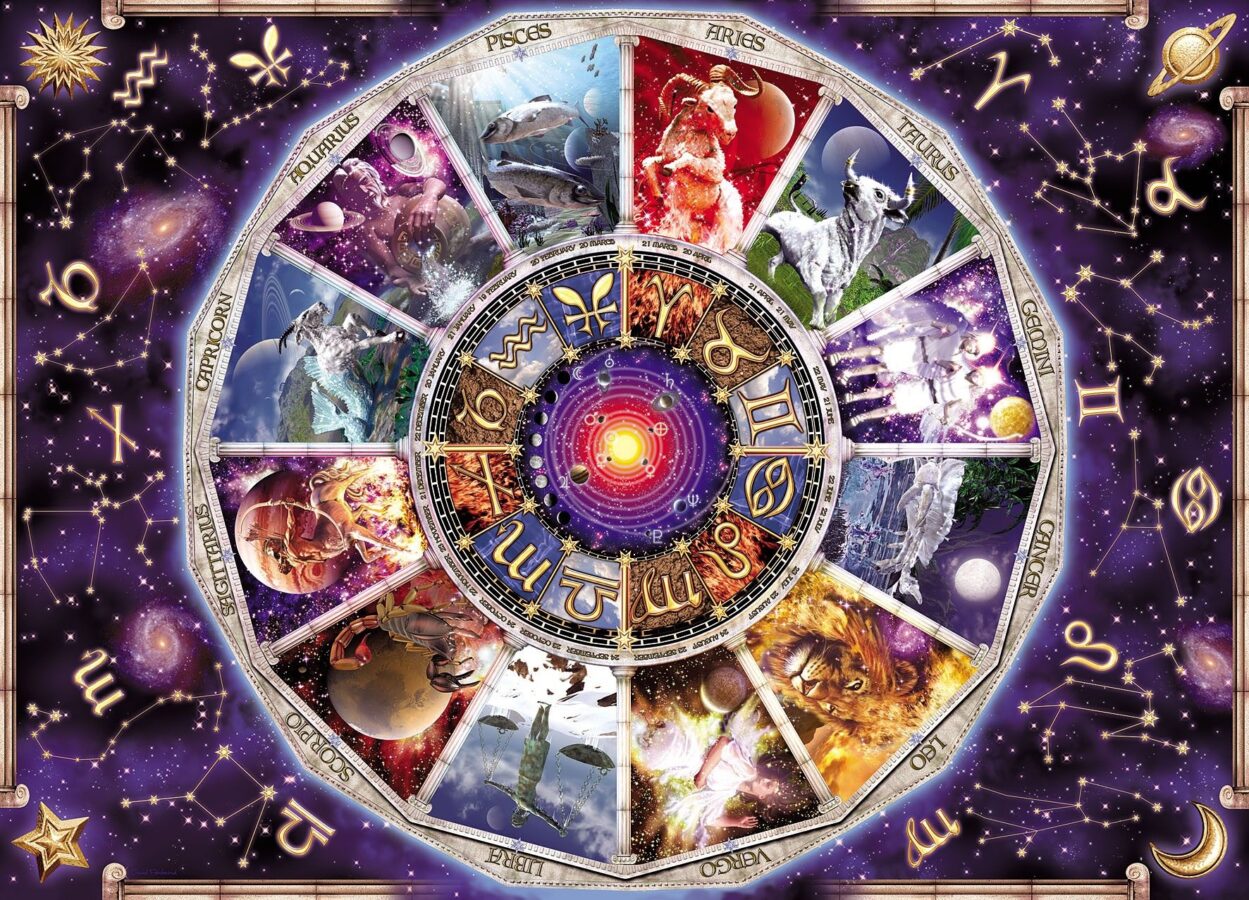 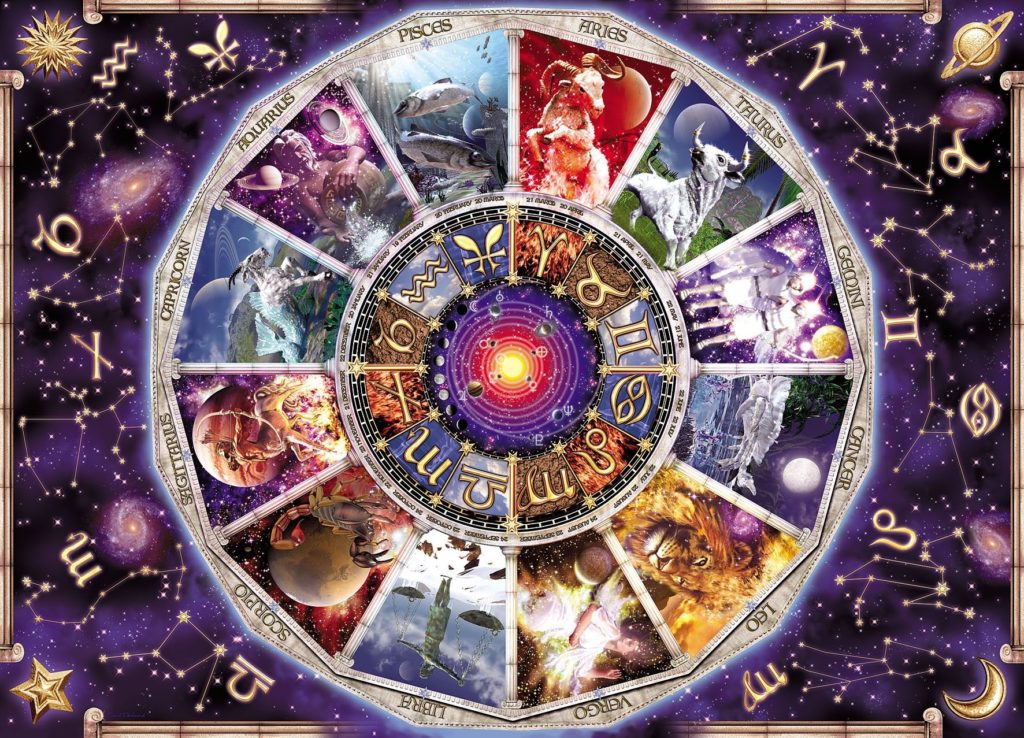 Separation is not easy to anyone, but while one is concentrating on turf out their anger, others are pretending that everything is OK.

Find out who is who in Zodiac.

If he is the one who is breaking up or asking for a divorce, Aries is clear with the relationship and it does not seem like a bluff, but simply do not see another way out or already has a fallback solution. It may take pity on our tears, but only temporarily. If he is the one who is left, his ego is very hurt and can create scandals. They will deal with everything and instead of sorrow, he expresses anger – and separation with them is materially simple but emotionally not – they can turn your life into a living hell only if they wish.

Members of this sign easily connect with people, and that is why a separation with a longtime partner is hard for them. If they are the ones who are left, they will suffer deeply, will analyze everything and will think, but also will stoically accept – they do not want to adjure. Equally, if they are the ones who leave, in the beginning, you should know that they decide that there is no turning back. Their cunning will be shown in the way that they will ensure themselves to have a better financial situation. Also, although the relationship is over, Taurus will not mind the occasional sex with his/her ex.

If you want to break up with a member of this sign, you only have to become bored, not to talk, and they will leave. If you present it to them in the way that they are no longer good enough for you, they will not be able to chew it up – because everyone loves them. They can call you in the middle of the night asking for explanations … If they are the ones who are breaking up, they will do it shrewdly and with a plan – little by they little will neglect a partner, bring him up to the situation in which is guilty of something, etc. With divorce they do not do problems, they will quickly agree to anything just to get rid of this burden.

Separations are hardest for Cancer because they are nostalgic, no matter who initiates the separation. If they are those who are left, they will forget all bad things from relationships and will hope to return to the old, because they simply cannot stand the feeling of loss. After everything pass, they can hate an ex-partner with all their strength. If they are the one who leaves, it is easy to shake them – because of the melancholic side. Then they will endlessly repeat everything bad that partner did just to encourage themselves.

Feelings that Leo has after being left are shock and disbelief – how it is possible that someone want to leave somebody who is wonderful as they are? With all forces will try to explain to a partner that s/he will never find someone like them, and that will think about them madly. Revenge is easily possible – and it will be planned carefully. Also, they will look for someone to get a sense of value again. If they are breaking up, they will cut all connections, except in the case of divorce when children are caught in the middle – will try to be civilized, and will try to prove, for the rest of their lives, that they are a better parent.

No matter if they are the ones who are breaking up or is the other party, the members of this sign will shrink from drama and will do everything to make a civilize separation. If they are a left party, they will put on a “frozen” mask, and act as it does not concern them at all, which is partly true – ignoring is their tactic that is used until all pain became bearable. They will occupy themselves with other things. If they breaking up, they will try to explain the causes, and they will be too empathetic, so the other party will think that there is hope for reconciliation, while actually there is not.

The members of this sign, on first look, are dealing great with the separation. Usually, they analyze the situation for months, from all possible angles, and before decide to do the final cut, they will give many opportunities and will become completely confident in the decision in the case that they are the part that is breaking up. Unless someone did not hurt them so much, they would leave the possibility of friendship. If they are the ones who are left, which is rare, they will never show to the other party how much it hurts them and will act until the end. In the divorce, they will take care to “get the better” financial part.

No matter that members of this sign do not experience breaking ups dramatically as others, they are rarely attached to someone, and any separation for them is, in a certain way, a breaking with a kind of life. They tend to be in an unsatisfactory relationship for a long time, and will find a comfort somewhere else, and will initiate a separation only if happens something over which they cannot cross. If you leave them, they become obsessive, jealous, they will have a lot of suitors just to cause jealousy. With them, a divorce is rarely dignified.

A member of this sign have a human approach to breaking ups, so if they decide to break up, the hardest thing for them will be the fact that are losing a friend than a lover. They are breaking up if they feel fettered, limited or have the feeling that they are not appreciated. If they are the ones who are left – they cry, drink and are looking for a comfort, because they believe that only a new love can delete the old one from memory. In divorce are mostly fair, especially if children are concerned; children’s well-being is in the first place.

Capricorn is not an adventurous kind of person, and separation is very traumatic for him/her. If they are left, they need a long time to collect themselves and to start a new life. They are helped by anger that they have toward the partner, and will be easiest for them if hear something unforgivable – for example, that a partner left them, or that already have found someone new. It gives them the motive to prove how strong they are, and they move on. If they are breaking up, they will do that with arguments and as seeking a “blessing” from another part. In divorces are correct, but there is no chance that you can fool them.

Members of this sign negate the fact of a breaking up happened – they do not want to confront immediately with all that. If they are those who are breaking up, then they will make themselves believe how better will be without other part and will do everything to do the other part as a “bad” one, just to feel better. If they are the one who is left – they will do the same thing. Their cure is a party, friends, good times, but after few months, they become sad and will isolate. In divorces are acting as not interested in anything, actually, they think to be.

Emotional members of this sign are worst breaking upholders, but their advantage is that they allow themselves all these emotions, and in that way, they “process” it early. If they are the one who is left, they will fight with all resources to save the relationship, to point to their good parts and will hope. These hopes can last for a long time until one morning they wake up and realize that they are just fine and happy. If they are breaking up part, they usually do that when felt in love with someone else. In divorce are emotional and because of children, they insist on maintaining a sense of family.