HoroscopeFan
Home Zodiac Signs and Meanings What Your Celtic Tree Zodiac Reveals About You? The Accuracy Will Leave... 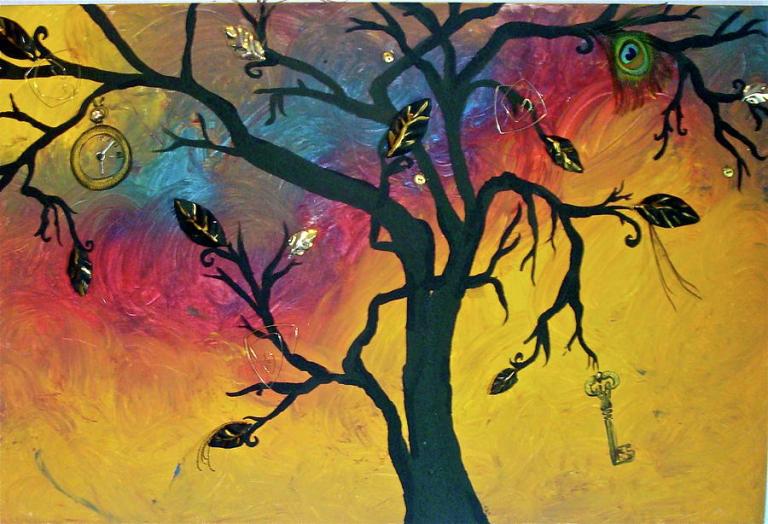 You have heard details about your zodiac sign and have followed your horoscope diligently but have you ever checked the Celtic Tree astrology?

If you have not, then now is your chance to get to know more about it. The Druids are said to have created this type of astrology which is based from their culture.

This is specifically based on the knowledge that are held by the trees that are well known to the Druids.

Get to know the 13 signs according to the Celtic Tree Astrology.

Those who are born under this sign usually feel that they are in the dark and they are always striving to get what they deserve even if it means that they have to work harder than most to do it. They are highly motivated due to their beliefs and they use their capabilities to good use. They have a natural ability to lead people and they can be charming while doing their tasks.

They normally make use of their visionary and philosophical minds in order to think of new ideas that can be beneficial for a lot of people. They would love to think about different things that are unique. They can usually keep calm even when they are under a lot of strain and stress. They would love to do things that others have not tried before.

Those who are born under this sign would like to show their imaginative side. They are very artistic because they see the world in a different light from all the other. The world seems to be more vivid and more colorful. They may have the tendency to become moody depending on what they see through nature. They normally enjoy art, literature and science and may appear to be introverted a lot of times.

They would like to do the different things that they work on with passion. Their obvious passion for their craft would not go by unnoticed. They are usually very easy to talk to so gaining new friends will not be a problem for them. One of their pet peeves is wasting time so you know that all of the things they do, they would do with a purpose on their minds.

They feel that they are connected to the moon. This explains why they are usually very creative and intelligent. They have a natural tendency to become realistic towards the things that they are experiencing. They are always on the lookout for new things to learn because they feel that knowledge makes their life worth living. They have the natural ability to teach what they know too.

6. HAWTHORN (MAY 13 – JUNE 9)
The Hawthorns are also known as the illusionist.

They have a tendency to have two sides. What they show outside is different from what they are inside. People who do not know them may not realize who they truly are but they are highly passionate and curious about the things that they do. They can become great listeners and friends would normally run to them for help.

Those who are born under this sign are known to be strong and nurturing towards the people that they love. They are naturally optimistic about the things that they are going through. They normally love learning about the history of the places that they visit as well as the ancestry of various families. They can become great teachers if they would put their hearts and souls into it. They will feel incomplete if they would not be involved in the acts that communities need.

They are natural leaders and they do not want to back down from the challenges that they experience in life. If there are obstacles that will come their way, they will do their best to get through the obstacles without too much fuss. They can be highly competitive in order to reach their dreams and their goals. They would like the things that they are doing to be perfect. Whether they are leaders or followers, they will do the relegated tasks with ease.

They are normally intelligent and efficient about how they do things in life. If they would have to learn different things, they will do their best to learn and memorize the details so they can excel. They can recall information far easily than the others. Even if they would appear like they know all the answers to the questions that will be thrown at them, they are actually just more informed about things in general. They may have a tendency to become obsessed with details.

They are people who can improve their personalities depending on what they are going through. They can easily adjust to the things that are going their way. They may become empathic because they want to see both sides of every story that they hear. They can become moody but if they need to be charming, they would do this easily.

They are known to be highly compassionate and loyal. They would not mind giving especially to their loved ones. They are born under the “waning sign.” This makes their life more difficult than the others but this does not mean that they will not have the ability to overcome the obstacles that will go their way. Their energy will allow them to keep going.

They are known to be great at keeping secrets. They are normally informed about different secrets because they always seek information. From gossips, theories and even mysteries, they will try to learn everything that they can about the different things in life. They can become great journalists if they would will themselves to do so. They will easily know what is the truth from false details.

If there is one thing in life that they want to do, it is to understand the thrill of searching for various things. There are two types of elders. There are some who are extroverted while there are also some that are introverted. They are normally honest and intelligent. Their nature is highly intellectual so they may think that they are always right about things.