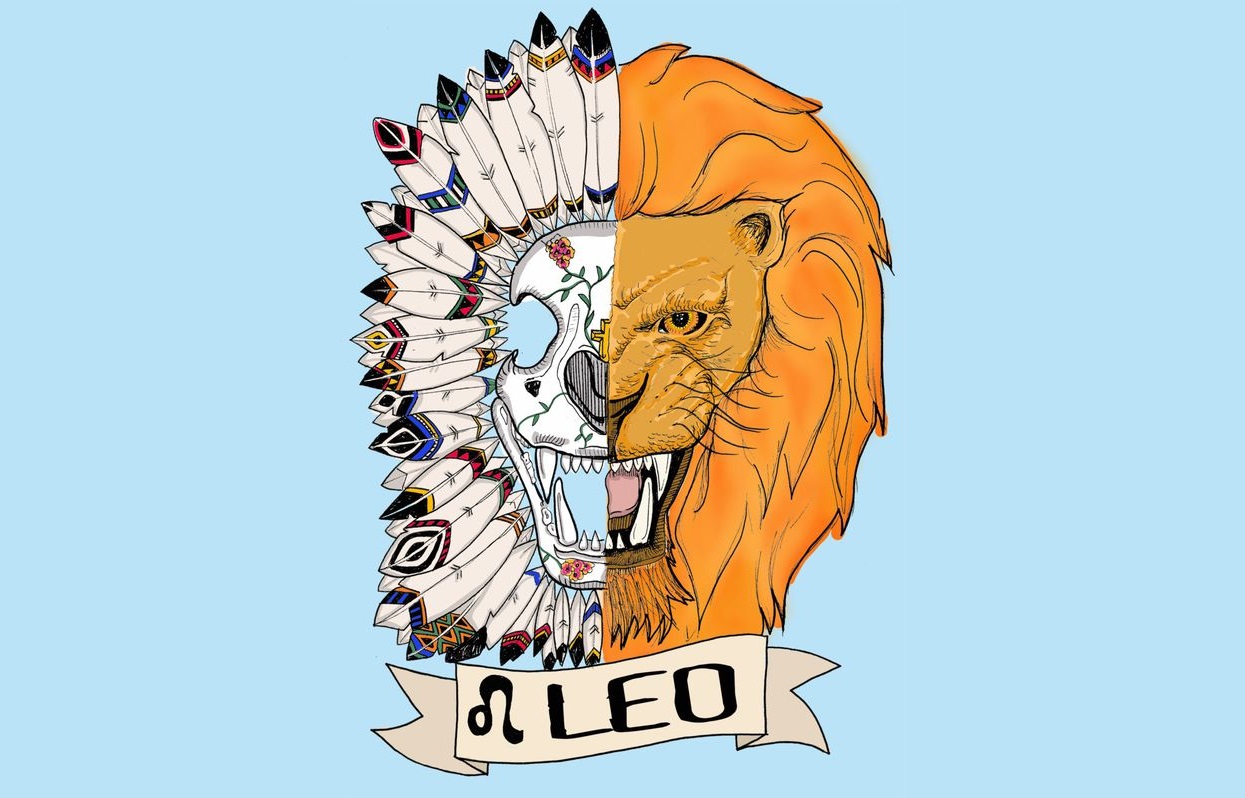 Come out and play, Leo! December is always one of your brightest months, and not only because of the holidays.

The Sun is making its annual lap around Sagittarius and your flamboyant, festive fifth house until December 21. And the decadence is double this year (at least) because Jupiter, the planet of expansion and abundance, is in Sagittarius from November 2018 until December 2019.

For the next year, you’ll bask in the passionate and theatrical beams from Jupiter—and it feels oh-so right. Leo is the natural ruler of the zodiac’s fifth house, and with lucky Jupiter here, everything from romance to creativity to confidence gets supersized for you.

Now that the Sun is heating up the action, you’ll really feel Jupiter’s influence—and it’s not to be squandered since the red-spotted planet only visits here once every 12 years.

And then, on December 7, the year’s only Sagittarius new moon flings open the doors to a whole new six-month cycle. Ready to make a fresh start?

A budding romantic interest could spark, or you might be inspired to share your talents more publicly. Since the fifth house rules fame, you could attract attention or gain some new fans, so don’t be shy about making a bold statement.

That same day, assertive Mars and enchanting Neptune will make a rare conjunction (meetup) in Pisces and your intimate eighth house of merging.

This could be one of the year’s sexiest days for you, so no matter what your relationship status, set the stage for scintillating romance and deep, soulmate-level bonding.

For some Leos, it might even herald a pregnancy or a proposal. If you’re thinking of getting engaged or making a relationship official, this day will be poignantly picture-perfect…the stuff of a Hollywood movie (which some might find a little cheesy, but you won’t mind at all).

The eighth house also rules wealth and joint ventures—it’s the domain of “other people’s money,” which could be anything from an investment to a loan to a passive-income opportunity.

Real estate and shared property are also part of this field. With Mars and Neptune here, you might magnetize a new living situation, a supportive patron for your creative talents or a chance to team up with a power player who can support your dreams. Look at how you can blend your superpowers to make magic together.

Mars will remain in Pisces until 9:20 pm EST on December 31, so you’ve got the rest of this year to make serious money moves or officialize a relationship.

After that, the red planet won’t be back in Pisces for another two years, so don’t put it off until after the holidays! If you’ve got your sights set on something specific, focus on your target and strike.

It’s safe to seal the deal starting December 6, when communicator Mercury will end its three-week retrograde that started on November 16.

Mercury was reversing through Sagittarius until December 1, which could have stirred drama with an ex or caused tense misunderstandings with a love interest.

Mercury backed into Scorpio and your domestic fourth house on December 1, crossing wires with relatives and roommates. The tension under your roof will start to settle once Mercury turns direct (forward) on December 6, and for those looking for a new place to live, you’ll have the all-clear signal.

Had enough indulgence? On December 21, the Sun shifts into Capricorn, warming up your sixth house of work and wellness for a month. 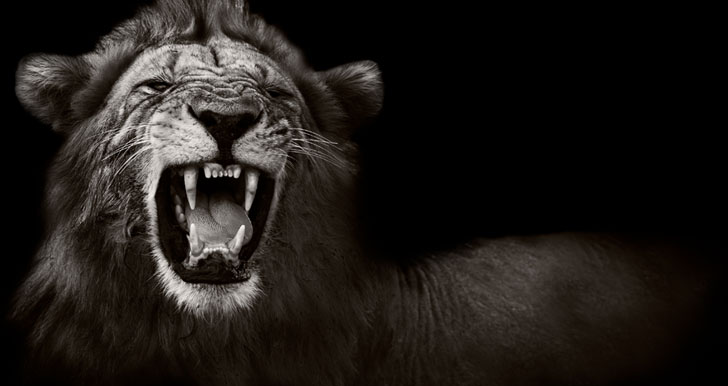 If you haven’t hit your hedonism quota yet, you might now. Infuse some healthy practices into your holiday festivities: Take a walk after a heavy meal, drink lots of water in between cocktails and make time to relax and decompress.

The December 22 Cancer full moon really sounds the call for rest as it illuminates your twelfth house of closure and release. You may be burning the midnight oil to finish a project before powering down for the holidays—or frantically preparing to entertain and pick up last-minute gifts.

Warning: You could reach your load limit for stress, even with your sign’s high threshold for it. Pace yourself and delegate! If there was ever a day to rally support, this is it.

Got something unresolved with a loved one? Clear the air or, if that’s not possible, do some forgiveness and release work on your end. You could write a letter that you don’t send or do a healing ritual, such as this Four Steps to Forgiveness exercise.

It doesn’t mean that whatever the person did is “okay”; you’re just choosing to release yourself from the prison of pain you’re stuck in by thinking about it or continuing the conflict.

If you DO get into a dreamy zone, this full moon could really be enchanting—a lovely escape when you can let your mane down and lose track of time. Your creativity will be dialed up, so anything from decorating to food preparation could be a soothing outlet for your artful touch.

You’ll be rewarded by the moon’s visit to Leo on Christmas Eve and Christmas Day, when you’ll be energized and eager for action. Whether you celebrate or not, you’ll be in quite a spirited mood.

Dress up in your festive best and add some personality to your look. With the moon in your sign, you’ll enjoy turning a few heads.

But don’t get stuck following someone else’s agenda—you need to take charge of at least part of the day (if not all of it). Carve out some solo time where you can follow your whims since the moon will have you in a spontaneous state!

If loved ones complain, you can make it up to them on New Year’s Eve, when the Scorpio moon settles comfortably into your cozy, domestic fourth house. You’ll be in the mood to bond, nurture and maybe even host a few special people at Chateau Leo.

Keep it intimate, though—you’ll probably feel better ushering in 2019 wearing your comfiest attire tonight (so get those glamorous outfits in rotation earlier in the month!).

At 10:10 pm EST, the moon will form a healing trine with compassionate Neptune, which is in Pisces and your eighth house of intimacy and merging. This could bring a moment of deep emotional closeness with someone special—a sense of soulmate-level connection or even an outpouring of feelings.

For some Leos, this night could prompt an engagement, pregnancy or meeting someone’s family (stranger things have happened).

With intensifier Mars also in Pisces, you could be thinking intensely about what you want to leave behind and bring in to the coming year. Or you may be craving even more privacy and alone-time with a special someone tonight.

Single Leos could have a powerful “click” with someone you meet this month, and you could move quickly into hot pursuit. Whether it’s a soulmate bond or just a sexy attraction remains to be seen—but you’ll certainly feel a strong pull!

But at 9:20 pm EST, Mars will zoom into Aries and your visionary, adventurous ninth house, where it will stay until February 14. Your tunnel vision will turn into wide-angle settings as this new, seven-week Mars cycle turns your eye to the big picture.

From New Year’s to Valentine’s Day, your life will be filled with opportunities to travel, learn and share your ideas with the world. Think bigger than big as you enter the last year of this decade because your dreams are getting an amazing launchpad.

Just pace yourself since you’ll be tempted to say yes to everything, especially with Jupiter in your excitable fifth house. Save those prime slots for offers that can put your name in lights or help bring your passions to the next level.