HoroscopeFan
Home Signs Compatibility Here’s The Number One Worst Trait Of Your Guy, Based On His... 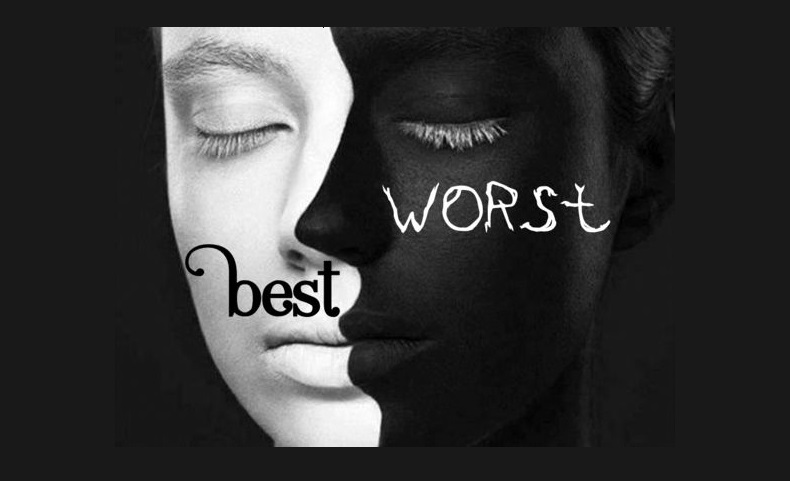 He is just a little too impulsive for his own good. Your Aries boyfriend lacks the management skills and discipline needed to lead an organized life. He is always acting on a whim. He’s not much of a planner and this can be detrimental to both of your lives. He’s not much of a thinker and he always just does things without giving them much thought.

You’re a little lucky in this area, ladies because Taurus men are known to have plenty of negative traits and aspects to their personality. For one, he is known to be incredibly lazy. He doesn’t have much ambition in life and he is perfectly fine with settling for mediocrity. He is also very irresponsible particularly with his finances. He gets easily attracted to material objects and he spends extravagantly on them just to impress others.

Some depth can always do a person good. However, you won’t ever find depth within a Gemini man. He is incredibly shallow and dense. This is not the guy with whom you can have deep and profound conversations with. He always likes to keep things casual and light. He gets easily intimidated whenever things start getting complex and complicated.

Cancer men are practically overgrown babies. But you already probably know this since you’re dating one. It’s as if you’re in a relationship with a toddler. These Cancer men (or boys) are very needy. They don’t know how to take care of themselves and they are always looking for you to pick up after them. You feel like they would just disintegrate if you ever chose to just stop taking care of them.

A modern day Narcissus. That’s what a Leo is. If you want to be the star in a relationship, then you should probably look elsewhere. A Leo boyfriend will always want the spotlight to be on him. He loves being the center of attention and he hates it whenever people don’t acknowledge his presence. He is very self-centered and he isn’t ever going to be the thoughtful kind of boyfriend that you wish he would be.

Virgo men are weird. There’s just no beating the bush there. They are obsessively compulsive and they are very meticulous in their dealings. They don’t ever like to loosen up and they freak out whenever things don’t go according to plan. They are a little too tightly wound for most people to handle. They are also known to be incredibly controlling and manipulative.

If you haven’t noticed already, Libra men are going to be the biggest hypocrites that you will ever meet in your life. They also have a tendency to be incredibly indecisive. They are fickle-minded and they have trouble sticking with one particular path for prolonged periods of time. They are also very insecure about their personalities and they are always seeking validation from other people.

Scorpio men have this insatiable need to always be the best people in the room. They hate it whenever they are in the presence of someone who is better than them. They always like being the star attraction. They are also incredibly impulsive beings and they tend to let their emotions get the best of them. They also have sociopathic tendencies. They enjoy seeing other people suffer and fail.

Yes, a Sagittarius man is always going to be very intelligent and analytical. He is going to have the depth of the ocean within him. But the thing about them that sucks the most is that they are almost robotic. They try to drown out their emotions with their intellect because they are afraid. They don’t know how to deal with feelings and emotions well and so they try to hide it all with their intelligence.

Your Capricorn boyfriend is a social butterfly. He cares too much about what other people think of him. He is always succumbing to public pressure. He sees himself as somewhat of a celebrity. It can be difficult for him to really build on his individuality because he is always living to please other people.

An Aquarius man is going to be afraid of his own mediocrity. He hates the fact that he is just like everyone else and so he is going to try his best to overcompensate. He is always going to make an effort to outdo himself. But you can see right through him. He’s acting fake and everyone knows it. He is always trying his best to be someone he’s not.

Emotion is the name of the game for a Pisces man. They are always going to be overly sentimental about anything. They attach feelings and emotions to even the simplest things that don’t warrant such meaning. They try so hard to make things meaningful even when there isn’t really a reason to do so.