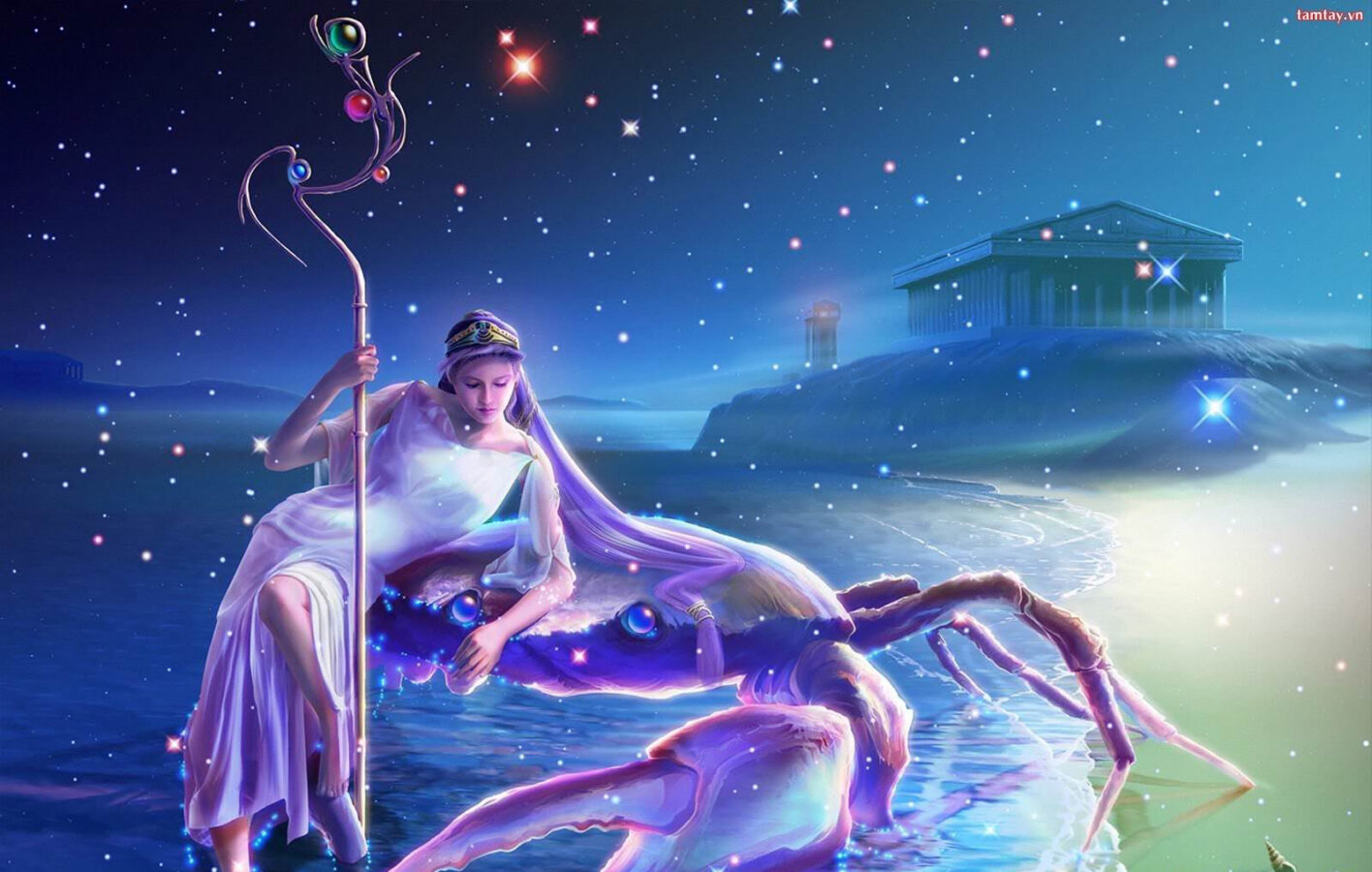 On Monday, August 6 aesthetic Venus plunks down in Libra and your foundational fourth house until September 9. This is your annual “get even cozier at home” cycle—but don’t go pulling a Cancer disappearing act.

There are people who want to see you! Throw yourself into a decorating frenzy, but do come up for air (and the occasional cup of coffee, glass of wine or dinner with friends). For your domestically-focused sign, feathering your nest isn’t a mere art form; it’s a way of life! Start by clearing out the clutter and creating more empty (and storage) space to showcase your most beautiful items.

Got a DIY project that you’ve been planning in your head all year? Dive into Pinterest and your favorite shelter blogs and make it a reality—or at least start sourcing the best-priced materials…that you buy once Mercury turns direct on August 19. Once you’ve got the Crab Castle in decent shape, indulge your hosting jones by throwing some fun dinner parties.

And since Venus IS the love planet, you can look forward to more snuggling a deux with your favorite plus-one. A great night for THAT is Tuesday, when Venus sings in sweet harmony with Mars. Thursday’s Venus-Saturn square may not be all rainbows and unicorns, but you can work through an imbalance in a key relationship—just tread lightly!

You might lose your patience for stupid human tricks on Tuesday, when volatile Uranus turns retrograde in your communal eleventh house until January 6. With the side-spinning planet backtracking here, you could be forced to see a colleague through a harsher lens or have a few digital glitches to sort through (since the eleventh house also governs all things tech).

On November 6, Uranus dips back into your tenth house of career for four months, giving you a rare second chance to tweak something you began last May. While this is a good time to review and clarify professional goals, wait until Uranus stabilizes and settles into pragmatic Taurus for “keeps” (i.e., the next seven years) on March 6.

Saturday brings a Leo new moon to your second house of security and finances, but there’s so much more! This lunar event is also a super-charged solar eclipse—AND it lands in close proximity to Mercury retrograde.

Transformation is coming, but you’re going to have to meet the universe halfway. Get clear about how you’d like to make a living (since, to your emo sign, a paycheck isn’t enough). Put out some feelers by discreetly letting a few key people know that you’re thinking about making a professional move.

Over the coming months, get a firmer grasp of your finances. If you’re working harder for your money than it’s working for you, make an appointment with a professional adviser, get educated—and make some smart moves now! By this time next year, you could have some sprouting seedlings.

On Sunday, rabble-rouser Mars retrogrades out of Aquarius and your steamy eighth house into Capricorn and your committed-partnership realm. You may find yourself suddenly obsessed with creating equality in all your key relationships, be they personal or professional.

But be sure to take ownership of anything you’ve done to set up the current dynamics. Ultimately you teach people how to treat you, and if you’re not happy with something, you’ll have a rare second chance during this retrograde to reset the scales.

Some Cancers might be attracted to an old flame, possibly going so far as to give them an actual chance. Just don’t sweep the “bad old days” so far under the rug that you forget the reasons this person became an ex in the first place.