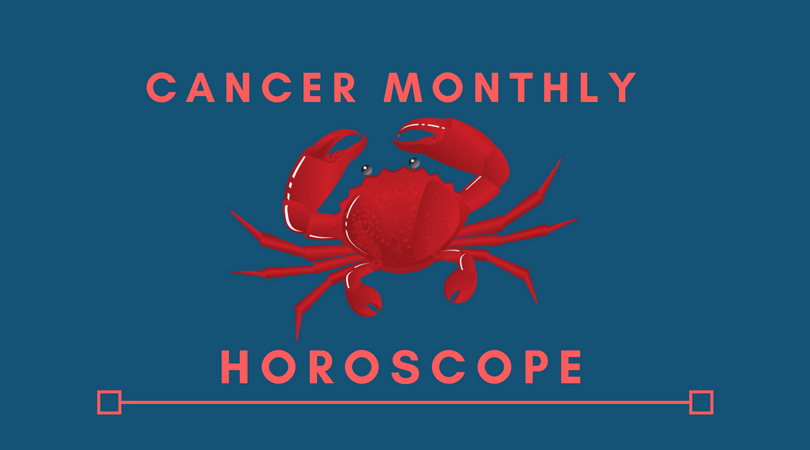 Get it done, Cancer! August’s stars favor the practical and productive as the Sun moves through Leo and your methodical second house until August 23.

You’ve just wrapped up birthday season—a supercharged one for many Crabs since it featured a July 12 solar eclipse in YOUR sign, the first one since 2011. After the lightning-bolt epiphanies this lunar event delivered, you may be awash in exciting new ideas and plans. A July 27 Aquarius total lunar (full moon) eclipse brought out some intense emotions and revealed some powerful players who could open doors or join forces with you for mutual gain.

Now, how will you fashion those insights into something real? This month helps you start to hash that out. Another solar eclipse arrives in Leo and this same security-seeking sector on August 11, giving you a big push forward on your path. Since this one is a new moon, it could bring a surprising job offer, a money-making idea or the motivation to make some lifestyle changes.

This is the second-to-last eclipse in a series that’s been landing on the Leo/Aquarius axis since February 2017, shaking up your approach to money, power, career, habits and intimate relationships. Over the past two years, you may have completely altered your daily routine, moved into a new line of work or make some modifications in a few close relationship.

This was all designed to help you step into a role that suits you. It hasn’t been comfortable (eclipse energy rarely is), but you’ve learned so much about what you will and won’t put up with. One final Leo eclipse on January 21, 2019 will wrap up this series, with the goal of leaving you in a stronger position financially and emotionally.

The second house rules self-worth, so it begins with valuing yourself enough to say “no” to something that’s not a vibrational match for your time, talent and energy. Cut the caretaking and put firm boundaries in place, as hard as that may be to do. We all deserve respect, Cancer, but sometimes you have to command it by showing people that you mean business!

That could be a bit of a process because Mercury, the planet of communication, technology and travel, is retrograde in Leo from July 26 to August 19, which could stir up conflict at work or scramble signals with a money move. Keep a close eye on your budget, scrutinize statements for erroneous charges and insist on crystal-clear communication with colleagues and clients.

Even then, check in regularly to make sure everyone fully understands their roles and responsibilities. During Mercury retrograde, you can’t be too careful! And with intensifier Mars also retrograde in your interpersonal sectors from June 26 to August 27, you may need to spell things out in no uncertain terms, even if discussions get a little heated.

Shifting alliances could also be on the radar starting August 7 as changemaker Uranus reverses into its annual five-month retrograde, prompting an audit of Team Crab between now and January 6. It all began on May 15, when Uranus entered Taurus for the first time since 1942, starting an on-and-off visit that will last until April 2026. The side-spinning planet brought its radical touch to your eleventh house of teamwork and technology, perhaps sparking an exciting group effort.

Some Cancers could have connected with a cutting-edge crew or ramped up their online presence. With Uranus powering down, certain friendships might fluctuate, or you may decide to downgrade a collaboration. Are you really in sync with these people, or did you just get swept up in the novelty and excitement? On November 6, Uranus will back into Aries and your tenth house of career—its last spin through here this century. Use the rest of the year to refine and define your goals and big plans. Next March, you’ll be ready to officially launch!

Lightness returns on August 23, when the Sun enters Virgo and your social third house for a month. After a busy and hardworking Leo season—with retrograde drama to boot—you’re ready to let your hair down. Now you’ve got cosmic permission to mix and mingle, enjoying low-key local hangouts, day trips to the beach and culture-vulture outings. Check out that food festival or have a picnic with your friends at a free outdoor concert.

One of the best days this month arrives on August 25, when the Virgo Sun forms a rare grand trine to structured Saturn and innovative Uranus, harmonizing the relationship sectors of your chart. Couples, teams and business partners can get easily in sync; this day could bring a breakthrough conversation or meeting in which you all contribute your talents to the greater mission. You’ll truly get the concept that the whole is greater than the sum of its parts.

Identify any weak links and strengthen or correct them. You could join forces with some forward thinkers on a world-bettering project, or you might meet a kindred spirit and spark like wildfire. With spontaneous Uranus and serious Saturn involved, things could materialize fast—and since both planets are retrograde, a person from your past could be involved, perhaps making a life-changing introduction.

The next day, August 26, brings the year’s only Pisces full moon, which ignites your visionary and expansive ninth house. If you’ve been waiting for the perfect moment to take a leap of faith, this is it. Plans involving travel, study or entrepreneurship could take flight; or you might see a tough situation in a whole new—optimistic!—light. Give up the struggle, Cancer; it’s only bringing YOU down. Set your sights on what’s ahead and be proactive. Risk yields reward now, so take that leap of faith! /by TheAstroTwins